Unlike the standard keto diet books in the market, this was not designed to help you through keto, but instead, to teach you how to do Keto. What’s the difference?

Find out in this Keto for DUMMIES Review!

What is Keto Diet For DUMMIES?

Does Keto Diet for DUMMIES Work?

First and foremost, the Keto Diet for DUMMIES book was written as an educational piece.

If we consider its merit for that purpose specifically, then it certainly gets the job done. There’s no way that it wouldn’t, after all. The ‘for DUMMIES’ series has always made great numbers, with hundreds of smash-hit titles available in bookstores all over the world.

So, to put it simply, if you’re looking for a keto book that will teach you about the keto diet, then this is definitely an option as far as that goes! The information in the book, after all, is relatively up-to-date and accurate.

But, How Does Keto Diet for DUMMIES Work?

As for specifics, the Keto diet for DUMMIES book has a couple of features going for it that does simplify the learning process — allowing you to start the diet much sooner.

One of those benefits is the fact that it includes a couple of well-written how-to guides that you can use in order to settle into the new diet. For example, there is a section that focuses on teaching you how to stock your kitchen for keto, a section with 40 distinctly keto-friendly recipes, a section for how to dine-out while on keto, and so on.

It might not hold-your-hand as much as other keto books in the market (which we’ll explain further in this Keto Diet for DUMMIES Review), but it should still give you enough help to make sure that you don’t get too lost along the way.

How Much Does Keto Diet for DUMMIES Cost?

The list price for both the Kindle and the Paperback version of the Keto Diet for Dummies is the same at $22.99, which is about average (or rather, just slightly more expensive than the average keto diet book.)

Is Keto Diet for DUMMIES Worth It?

For those that don’t want to risk buying a generic keto diet book that introduces inaccurate information, the Keto Diet for DUMMIES book certainly holds up when it comes to credibility. For that alone, it’s worth considering.

Furthermore, while it is a bit more expensive than some of the simpler keto books out there, it’s not so expensive that the information inside of it (over 360 pages) is not worth the price. At the very least, it saves you the hassle of looking for (and compiling) that information for yourself.

In What Way Does Keto Diet for DUMMIES Not Work?

One avenue the Keto Diet for DUMMIES book is lacking is the fact that it limits the amount of handholding (as mentioned earlier) that it does.

What that means is, rather than offering you the easiest solution possible, by introducing pre-designed meal-prep plans (which most other keto books do) and easing your progress with an endless supply of low-carb recipes, it leaves you to figure things out on your own instead.

That’s not all that bad, in theory. After all, a better understanding of Keto is needed in order to succeed in the long run. But it might make your first couple of weeks especially difficult — and perhaps filled with lots of trial and error, rather than the smooth road introduced by other keto guides out there with foolproof meal-prep plans up the wazoo.

If you want to learn more about Keto, then Keto Diet for DUMMIES is one of the best books out there available to do so! The book is a solid source of keto-related information.

The only catch is that you’re probably going to have to plan the whole diet out on your own (as it doesn’t include a meal plan) or, more preferably, buy another keto diet book that includes such a plan. 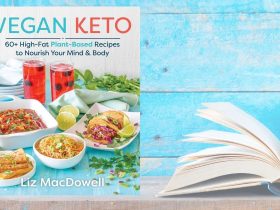 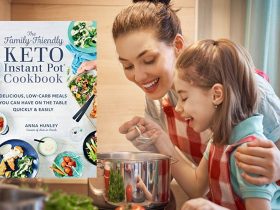